Many veteran journalists, but not only these, surely noticed that we are all of a sudden bombarded again from all-over with mentions of Watergate. Books like George Orwell’s 1984 are on display at bookstores and an air of danger to freedom of speech and freedom of the press is spreading slowly like a dark cloud over the Western Hemisphere, raising old fears.

When an American serving president accuses a former president of surveillance; when he prevents central US media outlets access – so far always granted, and taken for granted – to press conferences he holds; and when he incessantly knocks and accuses the media of being the country’s enemy number one, it isn’t surprising that memories of President Nixon surface up more with every self-pitying tweet about SNL, and that even Republican Senators such as John McCain express fear for the future of democracy.

And McCain is not alone. Many journalists whom I have spoken with recently, expressed concern for whatever lays ahead for the freedom of the press. At a time when it’s possible to express the following statement – “Donald Trump controls the NSA” – and not be held a liar, anything’s possible. Add that to the fact that recent news on CIA taught us that almost all encryption systems can be compromised, if someone has the perseverance to crack them – and you are en route to envisioning an utterly Dystopian world, where you cannot even get too comfortable laying on your sofa, in front of your own smart TV.

The good news is that it is nevertheless possible to make it difficult for anyone to try and intercept your emails, the text messages you’re sending or your phone calls. You can take measures to make the lives of those who want to uncover your sources and the information being revealed to you, much harder. Of course, the degree of effort you’re prepared to take to protect your privacy, your sources’ anonymity and your data’s safety, should be commensurate to the likelihood of a real threat, be that hacking or spying.

“The old-fashioned promises – I’m not going to reveal my source’s identity or give up my notes – are kind of empty if you’re not taking steps to protect your information digitally”, says Barton Gellman of the Washington Post, whose source, former NSA contractor Edward Snowden, helped uncover the scope of the NSA’s and British GCHQ’s operations, to his interviewer Tony Loci. Loci herself, who covered American judicial system for AP, The Washington Post and USA Today, and was herself held in contempt of court for refusing to identify sources, would probably endorse that.

So, what is it that needs to be done to ensure that a journalist’s sources and data are secure and well? Grosso modo, the tips can be described as falling within the following categories:

You can see the eBook PDF-version of this guide here. 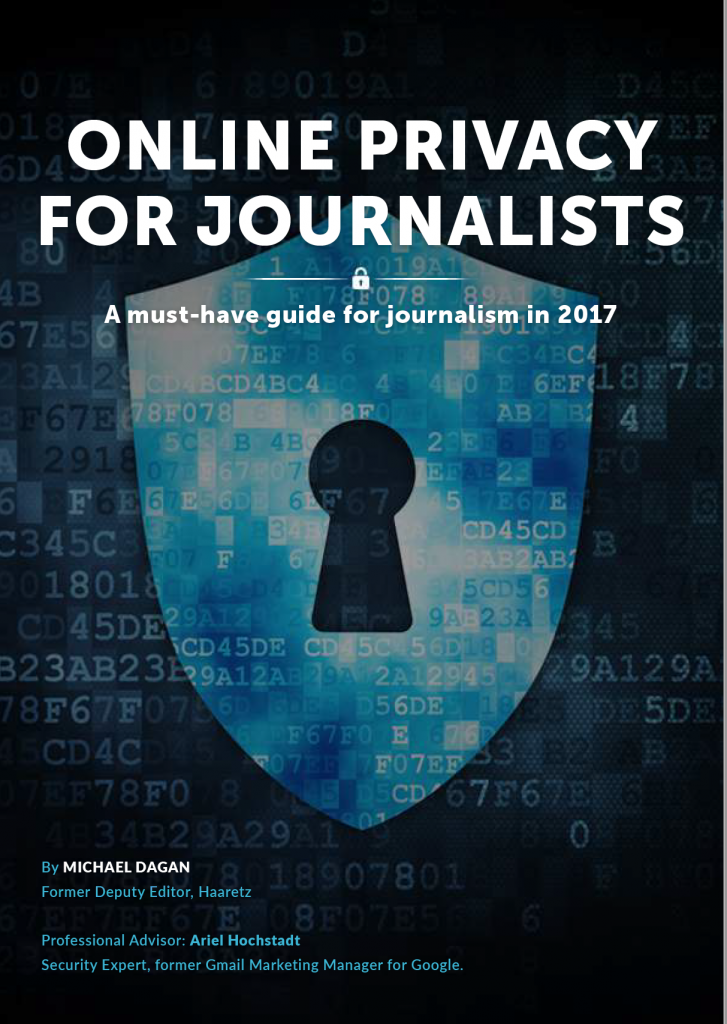