The question of the relationship between media, bodies, and the senses cuts across the entire history of media theories. Since their first appearance, technical media such as telegraphy, photography, gramophone, film, typewriter, the telephone, radio, and then television, computer, internet, as well as a wide variety of cultural techniques for the recording, processing, and transmitting of information have been analyzed taking into consideration their relationships with the human body and its sensory organs. Concepts such as “organ projection,” “prosthesis,” “innervation,” “extension,” and “interface” have been used to describe the contact and the interaction between human organisms and technical apparatuses with their various degrees of hybridization, which in turn have generated a whole series of utopian and dystopian visions of a future “post-human” condition. And while the very notion of medium is strictly related to the problem of sensory perception (since it finds one of its origins in the Latin translation of a Greek term, metaxy, which was used by Aristotle in order to indicate the material intermediary entities that make perception possible), the body itself (with its expressive face, its sensitive skin, and its meaningful gestures and movements) has often been considered a sort of primary medium, a crucial reference point in order to understand the very nature of mediation.

The current transformations in our media landscape raise once more the question of the correlation between the history of technology and the history of the human sensorium, and invite us to reconsider the various possible relationships between media – in the widest sense of the term – and the realm of the senses, affects, and emotions. Cinema, with the various historical transformations of its spatial dispositif, has provided for decades and continues to provide a particularly important field for the interpretation of the cultural dynamics involved in the representation and reception of bodily identities and for the analysis of the aesthetic, embodied experience of the spectator. The same can be said for other visual, audiovisual, and sound media, which have tried to render through the grains, textures, and frequencies of their representations the different, dynamic materialities of bodies and sensations.

Today, the new bio-technical forms of life produced by ubiquitous digital media and by a whole range of artistic and non-artistic practices confront us with unprecedented theoretical questions, which can be tackled by combining perspectives that are both archaeological and forward-looking. We need appropriate theoretical frameworks in order to understand phenomena such as the sensory and cognitive functions performed by contemporary networked screens, the return of stereoscopic 3D imagery, the recent developments in the fields of virtual and augmented reality, the increasing presence in our living environment of intelligent sensing devices, the agencies of elemental media and mediating matters, as well as our daily interactions with digital technologies whose computational processes and outcomes are located below or beyond the thresholds of human perception. Understanding the new conditions of human and non-human sensibility within a fully networked media environment is one of the major challenges of contemporary film and media studies.

The 2017 NECS conference – which will take place for the first time France, in a cultural context which has given a very important contribution to the development and the institutionalization of film and media studies – will try to meet this challenge by tackling the crucial issue of the relationship between media, bodies, and the senses through the different research perspectives pursued by the members of our community.

Please email all inquiries to: 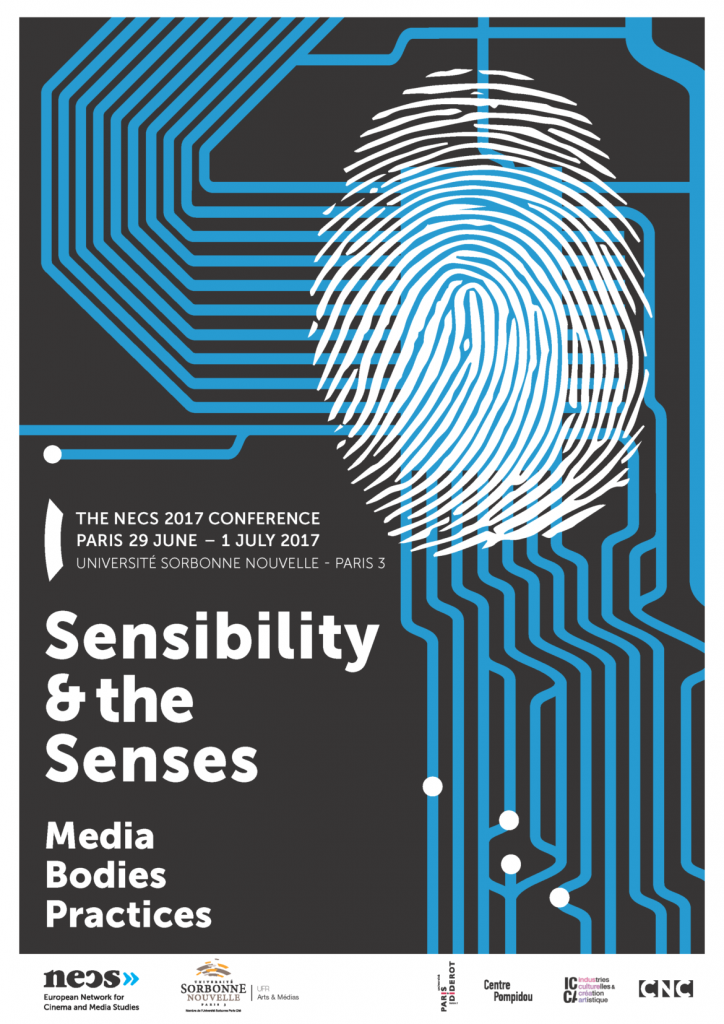