Presentation of the Project Vidas Fuera de Cátalogo (Life Outside of the Catalogue) by Arianna Mencaroni (CIC. Digital & En torno a la silla) and Tomás Sanchez Criado (TU Munich & En torno a la silla). The project is part of their involvement since 2012 in En torno a la silla (Barcelona), a Spanish non-profit association operating from Barcelona. En torno a la silla co-creates and fabricates collaboratively between people with diverse knowledges and modes of functioning with the aim of transforming and intervening urban environments, seeking to improve the conditions of accessibility, inclusiveness, and care in the urban world.

The event will take place next Tuesday July 11th 19:00 at Azkuna Zentroa, Bilbao (Spain), as part of the Festival BIdeOtik 2017

URL OF THE EVENT

From January to December 2017 Azkuna Zentroa hosts BIdeOtik, a video series that highlights different ways of recording and representing all that surrounds us using other audio-visual narratives. The object of this series is to showcase video-creation works and projects generated in a local, national and international context by people from the fields of art, creation and culture who use audio-visual language in a more personal, intimate and familiar way.

DESCRIPTION OF THE EVENT

The presentation of the project Vidas fuera de catálogo, on July 11th at 19:00 will tell the story of a several years’ exploration in ‘En torno a la silla’ with digital forms of documentation (mainly blog and audiovisual platforms).

En torno a la silla is a collective that works at crossroads of open design and functional diversity. All our material explorations in recent years have sought to go beyond a world built for standard bodies, opening up design processes to the consideration and incorporation of the different experiences and needs of diverse bodies.

However, even though the material ‘tinkering’ with our environments through activities like building objects or generating co-creation events has constituted the essential focus of the collective, an important part of our activities has had to do with ‘tinkering’ with the use of different registration tools for the reflection, representation, and communication of our small objects and findings: tutorials and construction manuals, video-documentation of processes or interviews, poetic or political reflection texts, etc.

What role does this opening up of the design processes play when we think about documentation processes? Through the presentation of some our documentary ‘tinkering’–among them the conception of a non-linear web-video project–, we wish to delve into the central importance of processes of representation, and discuss in what way our different successes and errors in doing so have contributed to a wider learning process and different transformations of the collective.

INCLUDE PICTURE
REFERENCE TO PAMPHLET 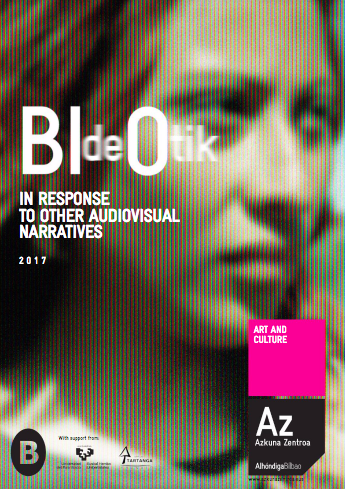 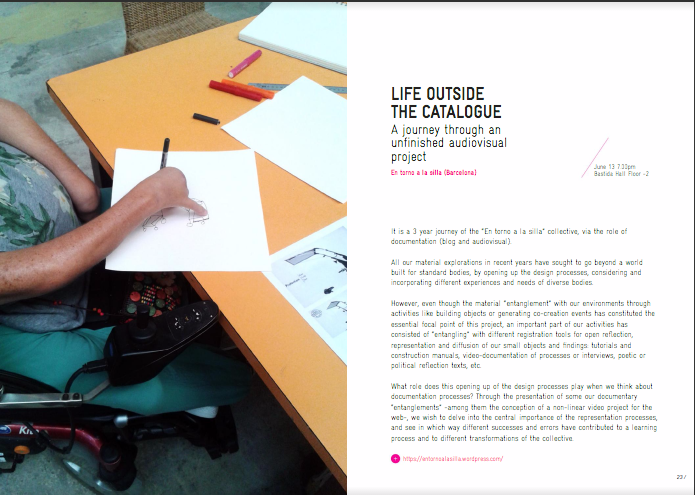